Goodness, gracious. Someone tell me this is all going to end soon…

I wrote last that I was sent home because we were going to start working on rotation. I went home that day with the understanding that I was getting paid in full for it.

I wasn’t just assuming. I asked and they said that our pay would not change because going home and working on rotation wasn’t optional… and we are salary. I mean, that’s what salary means, right? They make us come in on Saturdays all the time for no extra pay, so it makes sense that when they make us stay home, we still get paid.

Anyway, I went in the next day and there was gossip fluttering about that no, we aren’t getting paid for the days we don’t come in.

I go back to the principal and ask her again – literally telling her (in Japanese), “When I asked yesterday, you said that we would be getting paid in full – no pay change- for the days we don’t come in. Is that still the case? Paychecks are the same?”

She fidgeted constantly with her mask with a lot of “um”s and “uhh”s before saying, “It won’t be the same…. um… just.. well, not the same…”

In short, she couldn’t give me an answer was but hinting greatly that we weren’t getting comp pay for the days we weren’t allowed to come in. I argued with her and said that the only reason I went home the day before was because I was promised things weren’t going to change. I have loans, credit cards, rent, and bills to pay!

She said she would get back to me.

That day, as I was cleaning my classroom and ending the day, my partner for special lessons came in and told me that the lady who is writing the new curriculum was there and wanted to have a meeting with us.

Now, this is a whole other thing. I have a peeve with this girl who is helping me because she is a replacement partner – more of a support person than a partner and she doesn’t know how to teach these kids because she didn’t go to the special training for these lessons. I’ve been there since they started and am the leader of this extra program. However, she is trying to undermine me and take over, demanding all communication goes through her for the making of this new curriculum.

I am a homeroom teacher and she is just a bilingual assistant in the lower classes, so she has more free time than I do. She sets up these meetings at times where I can’t go and tells them she will convey all the information to me, then only tells me what she thinks is important.

“We’re just bouncing ideas off of each other!” she said. I need to hear those ideas, though, so I can add my thoughts and maybe help decide on concrete things!

Anyway, we were at the meeting with the lady and they were talking about the tests and new curriculum as though they had been talking quite a bit about it already. Turns out they had been emailing about it for a while and not including me. This is not the new curriculum writer’s fault, though. It was my “partner’s”.

Frustrated, I wrote down my email and handed it to the lady, saying I needed to be included in the emails. My partner said, “Oh, yeah, you can just CC her in.”

I glared at her, though, and said no, I need to be getting them directly with questions aimed at me since I was the one who knew the program’s ins and out.

She brushed it off and as we were closing the meeting, she started talking to the lady as though she forgot I spoke Japanese. She said (translated), “When you send an e-mail, I sometimes don’t see it right away because I don’t have a computer and I have to check it on my phone. If you want a faster reply, you should message me on Line”

I stared at her incredulously. Seriously?! First of all, she replied to the emails quickly because she has the app on her phone. When I messaged her, she got back in a matter of minutes during a regular work day. Second, she was trying to undermine me right in front of my eyes! She knew I didn’t have this lady’s Line information!

(Line is a messaging app used in Japan more than regular texting – texting isn’t free but data is cheap.)

So the lady gave me her email and phone number… probably so I can add her into my phone and get her Line information (it’s linked with phone numbers).

I was in a horrible mood as it was and this was pushing me over the edge. I just walked away from her once we escorted the lady out.

I finished my cleaning, clocked out, changed, and was getting ready to leave when I rain into my supervisor who told me that even though we were promised we could start the curriculum on the 13th, they decided to push that back to…. well, basically until further notice.

My stress level was through the roof at this point. I was just waiting for the straw that would break the camel’s back.

I put on my shoes and started walking toward the restaurant where I would be meeting my friends for dinner.

I checked my phone and saw that my grandfather was showing signs of more heart failure issues and maybe corona. That was it. That was that last straw.

Full on hyperventilation and dizzy spells, ugly tears running down my face. I managed to get to the restaurant where my amazing friends calmed me down but I can’t manage much more of this.

Things did calm down, though.

My loans were put in forbearance with no interest for six months because of the current situation in the states and my grandfather tested negative for COVID. He did have to have his gall bladder taken out and did have more heart issues but they were treated and he is home now resting, healing. There may be no curriculum but there are ways to go around that… espcially with only eleven kids in my class.

We are getting paid 60% of our days off. Full pay for days we come in. (Though I still think we should get hazard pay…)

The lady who is making the curriculum seems to have spotted my frustration and is keeping me in the loop, as well.

Plus, I didn’t have to used a sick day to go turn in my visa stuff, so that’s nice. I at least got that done on Friday.

TLDR, a lot of really crappy stuff has happened, but I am trying to stay optimistic. I still have a job; I’m still getting paid, even if it is a little less than usual. I have amazing friends that help me stay calm and my experience and flexibility are making this whole situation a lot easier to handle.

Stay positive. This will eventually pass.

But even more than that, stay safe, friends. 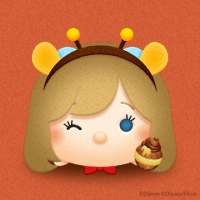